Free Fire vs Free Fire Max : What is the main difference?

Free Fire vs Free Fire Max : What is the main difference?

Developed by 111dots studio, Free Fire released by Garena has revolutionized the mobile game industry. Since its launch in 2018, it has promoted the popularity of the mobile phone BattleRoyale game. Four years later, the battle royale game is still popular among mobile gamers. Out of so many battle royale mobile games, Free Fire is one of the best. As the popularity of this game has exceeded expectations, game developers promise to further improve the quality of the game. To this end, the game developer announced that it will develop an advanced version of Free Fire, Free Fire Max.

Just recently, Garena announced that Free Fire Max will be launched on September 28th, 2021. Pre-registration is now open. Players who want to try it out first can register on Google Play or App Store.

Many players have already given this game a nickname, Free Fire 2.0, given that this game is similar to the former. However, these two are clearly different. In order to see how different these two games are, and the improvement of Free Fire Max compared to Free Fire, we reviewed this game.

Free Fire, the battle royale mobile game, became the most downloaded game in the world in 2019. In the same year, it gained the “Best Popular Vote Game” of Google Play. As of November 2019, the revenue generated by Free Fire is more than 1billion US dollars.

The game size of Free Fire is 500MB+ and the size of Free Fire Max has reached 1.5GB+. Therefore, we need more storage to run Free Fire Max. This may not be suitable for some mobile phones with lower specs. At the same time, larger game capacity means more battery consumption, so the battery may not last too long when playing this game.

The biggest difference between these two games is the game graphic. On the game graphic, Free Fire Max obviously has made a significant improvement. Let’s take a look at the gameplay video comparison of the two games. 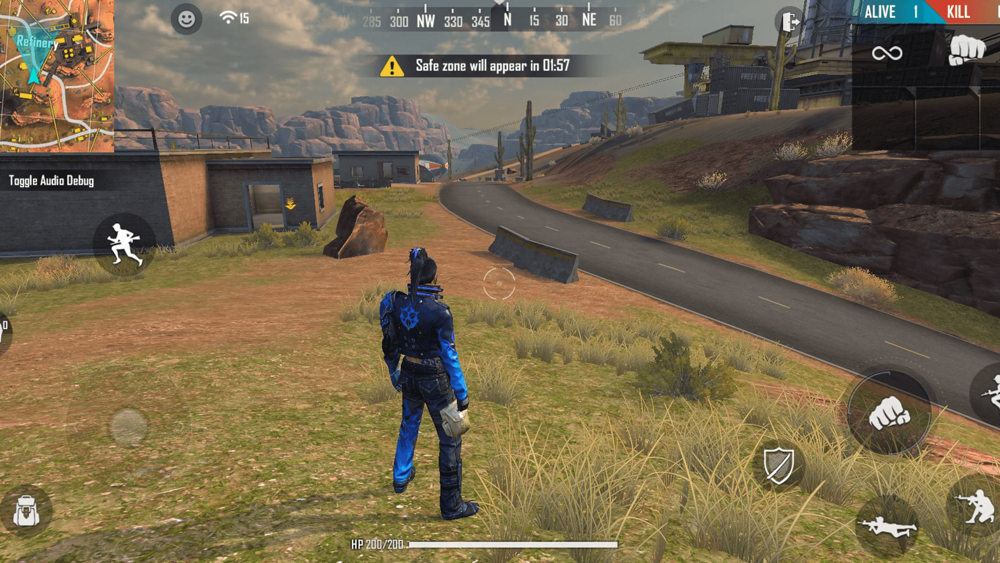 Rendered Distance refers to the range of the game map visible in the game. In contrast, the rendered distance of “Max”, which is the visual range of the map is larger. This allows the player to have a larger field of view and easier to spot the enemy.

As mentioned above, “Max” has a great degree of improvement in Game graphics. This means that better hardware conditions are required to run “Max”. Therefore, we infer that mobile phones with less than 4GB RAM cannot run this game smoothly.

According to unofficial news, FF Max will have many new features, including new characters, abilities, and so on. In addition, we also expect that there will be new maps in FF Max for players to choose from.

In summary, FF Max brings players a better gaming experience, but at the same time, it also raises the requirements for mobile phone hardware. We can’t deny that for some users who use low-end mobile phones, they may not be able to play this game smoothly.

Need Free Fire Diamonds at a lower price? Buy from our store now!